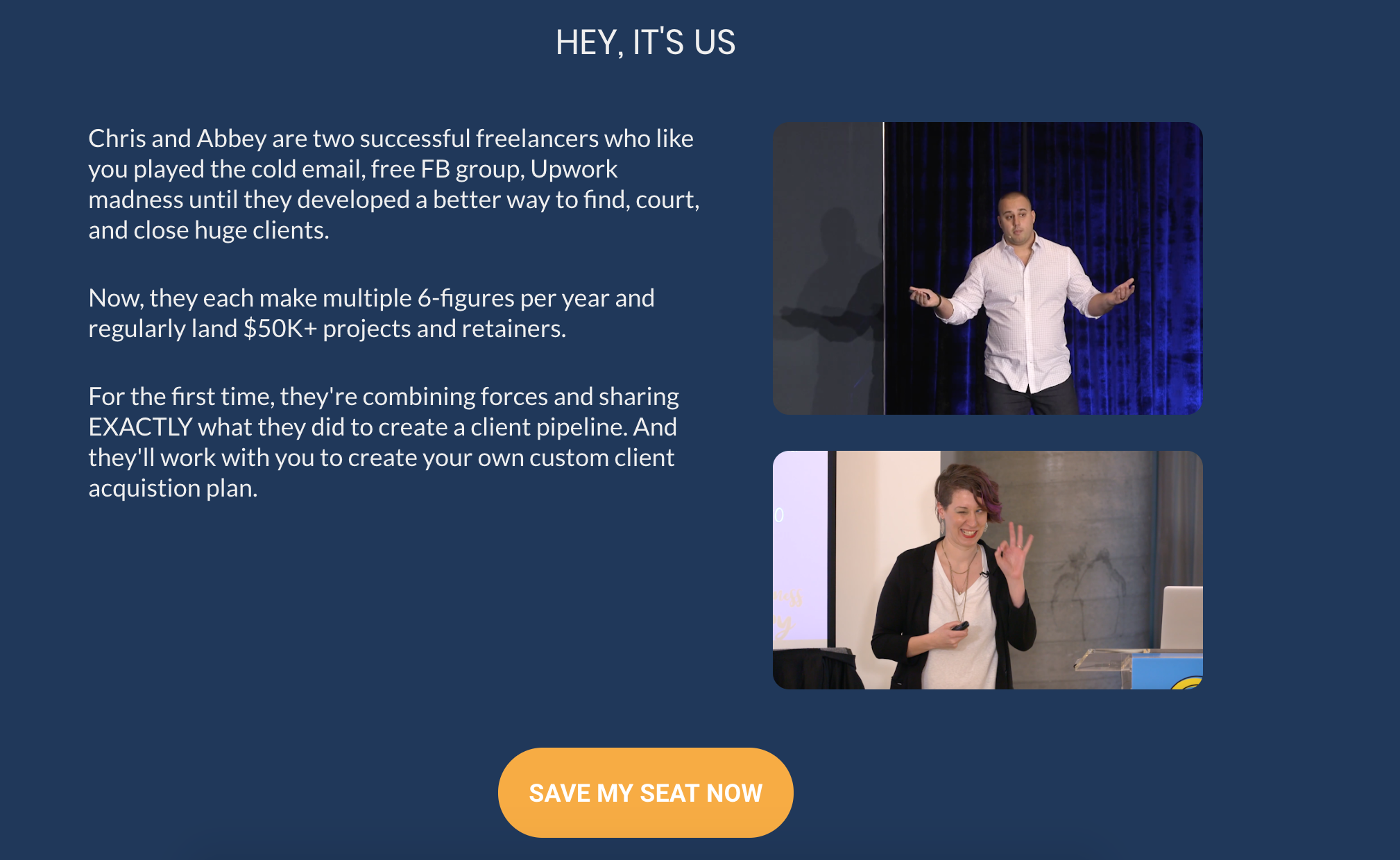 I just got back from hosting my first ever small-group workshop with Abbey Woodcock at The Freelance Co-op in Oneida, NY.

It was called the Get More Clients Workshop.

Abbey and I spent an entire day working together with 8 freelancers, helping them develop a custom client acquisition plan.

It was a long day.

We taught 17 client-acquisition strategies that have worked well for us, in our own businesses. Some of these were “get money now” strategies, for when you need a client in the next few days to pay your bills… and some were “get money later” strategies, designed to help you build pipelines in your freelance business that deliver you clients for years on end, without your direct effort.

By the end of the day, the attendees had workbooks brimming with ideas for their businesses.

Now, all this is fine and dandy.

Abbey and I were really pumped with everyone’s reactions and feedback.

But there was something else I was really pumped about.

Eight freelancers took the time to travel to Oneida, NY to work with us for a day.

It was probably inconvenient.

It was probably a bit of a hassle to have to get in the car or get on a plane.

They had to spend money to get a hotel.

They had to buy meals on the road.

They had to pack a bag.

They had to push all their other projects back a few days.

They had to leave their friends and families for a few days.

One of our students didn’t realize it was an in-person workshop until the night before.

A lot of people say they want to be successful.

A lot of people say they are doing ‘everything they can.’

A lot of people will bitch and moan because they ‘deserve’ success.

You get back what you put in.

I am so proud of the people who took the journey to join us.

They are the kind of people who are going to do big things in their careers.

And the main reason why is because they have the mentality that they’re not going to let excuses stand in their way of getting what they want.

One of the big themes from the workshop was: there’s not really any secrets to this stuff. It’s simply a matter of rolling up your sleeves and doing the actual work.

Not just TALKING about doing the work on social media.

Think about what you’ve done in the past 30 days to get what you want out of life.

Are you doing enough?