When I was growing up, my parents gave me the sage advice to never get into a car with a stranger. They also cautioned me against interacting with strangers on the internet.

This advice kept myself and millions of other kids safe over the years.

The funny thing is…

Fast forward a couple decades and now we ALL are getting into strange vehicles with complete strangers we met on the Internet. 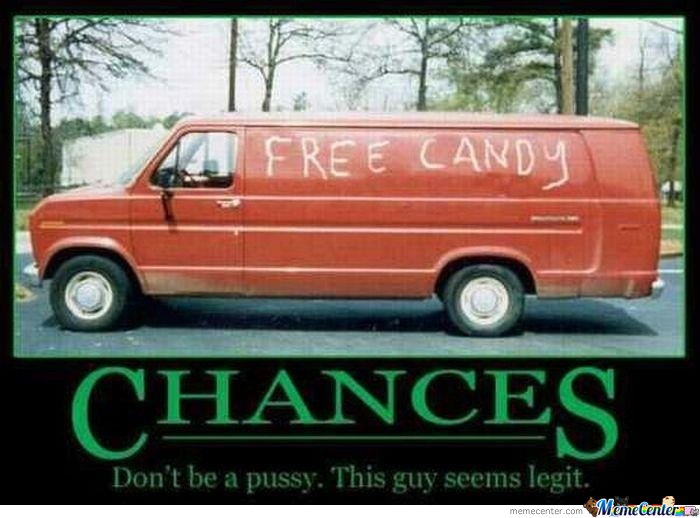 The reason I’m bringing this up is because this week, we’re going to be taking a look at an email from a “rideshare” company.

This email was sent to me by Christy Goldfeder Ingkavet, and I’m so glad she sent this in.

Because this week’s email does an incredible job of handling objections, positioning, and establishing Ride | Austin in a category of it’s own.

So buckle your seat belt.

Place your hands at ten and two.

And get ready to take a look at another really fucking great email.

This is the 9th installment of my Email of the Week series. (Catch up on previous episodes here.)

Ridesharing: A Blessing and a Curse

People will find a way to complain about everything in their lives.

The truth is, we have no real problems anymore in society… outside the ones we make up in our minds that we THINK are real problems.

In fact, society has gotten so good that we walk around with computers in our pockets that can make a car and a willing driver appear with the push of a button… in a matter of minutes. We don’t even have to talk to this person or pull our wallets out!

This is truly fucking crazy.

Like, stop and think about how far we have come as a society.

Thanks to technology, we can literally make vehicles appear in front of our very eyes. And most of the time, they’re willing to take us ANYWHERE we want to go. Case in point:

This is all possible because of ridesharing technologies.

Companies like Uber and Lfyt pair drivers with people who need to be driven. And they take a percentage of the fee for the convenience.

The only thing is…

It’s still kind of creep getting into a random strangers car.

ESPECIALLY if you are a woman.

This is a huge objection a lot of women have… and frankly, I can’t fucking blame them!

On top of that, there are some other problems with these companies. There’s always the issue of exploiting the drivers themselves.

You might even get exploited by these companies directly via surge pricing.

Like when you paid $58 to go to Hoboken to watch a UFC fight with your friends… but then at 1:45 am when you’re shitfaced, you now have to pay $130 to get home because of “surge pricing.”

For all of the reasons and more, Iw as really excited to dissect one of Ride | Austin’s emails.

Now… I do not live in Austin. As far as I know, this company is only in Austin (I do hope I’m wrong.) But I think this company might quickly grow and expand to other cities. And I think their email marketing game is going to help that along.

Let’s take a look at one of the emails they send shortly after signing up for their email list.

Luckily… the rest of the email has some awesome copy that redeems the lackluster SL. 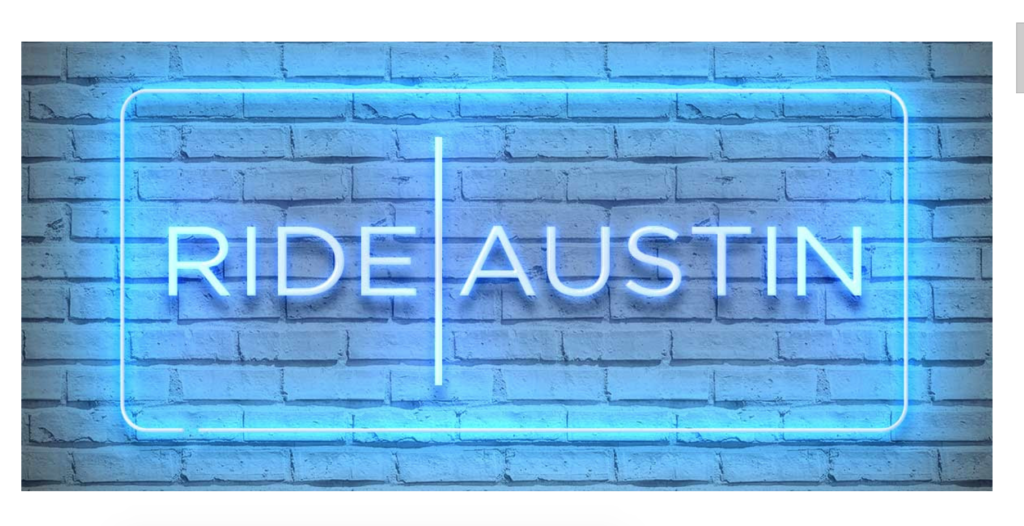 Ok so they put this YUGE/BIGLY fucking banner at the top of the email. Personally… I HATE this in emails. We get it… we saw the from line. We know who you are.

But the copy after that is really good:

Their USP is safety.

That’s what they’re about. And they lead with that angle… which is super important, especially for women who might be fearful of riding alone with a stranger.

What’s really great about this copy block is the way they leverage commitment and consistency. You GOTTA FUCKING READ YOUR CIALDINI PEOPLE.

If you believe XYZ… which are all good things… then you should use this product.

It’s very hard for people to say: “Yeah… I would love to believe in fair pay, fair pricing and giving back to my community… but, I’m actually a piece of shit IRL… so I’m not going to use this service.”

People aren’t going to self-talk to themselves like that.

We all like to believe we are good people. So when we are presented with a chance to PROVE to ourselves that our actions are consistent with our beliefs, we tend to take those actions… or at least move one step closer to taking those actions if we’re not ready right away.

My guess is, they want you to go to the site and educate yourself about why they’re different and how they’re better than the other options you’re using.

They’re trying to win the positioning battle and become the only rideshare option you’d choose because they’re much better for YOU the rider and for the drivers themselves too, which makes you feel all good inside.

Ok, this next part is really cool… 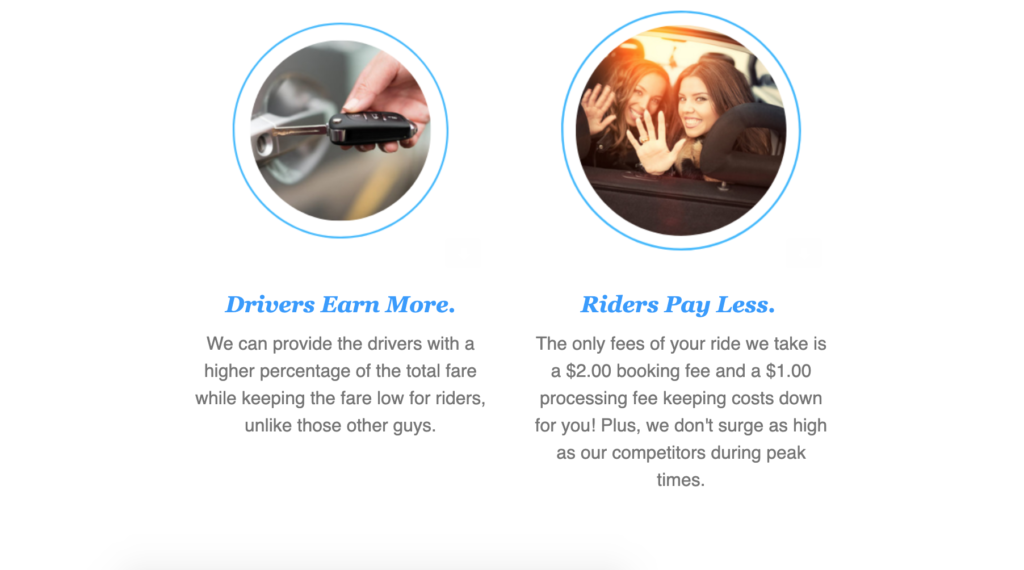 Drivers earn more, without YOU having to pay more. Unlike those ruthless companies who are hell-bent on cutting costs, WE take care of our drivers.

So if you like paying for quality… this is definitely the right move.

Let’s look at that copy block on the right, now…

You save money. The company is a nonprofit AND it charges less than it’s competitors.

So how can you NOT like that value prop?

Not only are you getting better service and a (most likely) happier driver… you’re getting it a better price.

Why the hell would you EVER go with any other company besides Ride | Austin?

^^That is the belief they’re trying to imprint in your mind with this email.^^

They’re trying to plant a little seed of doubt that over time will grow into an idea so large that it takes over you’re thinking.

When you’re standing there on the street corner staring at your phone, deciding between two rideshare apps… it’s going to be an easy choice.

Not only is it cheaper and fairer… they ALSO donate money to local nonprofits that benefit your local community.

So, not only are you a smart person for choosing their service, but you are also now a philanthropist.

Look at you, you badass. 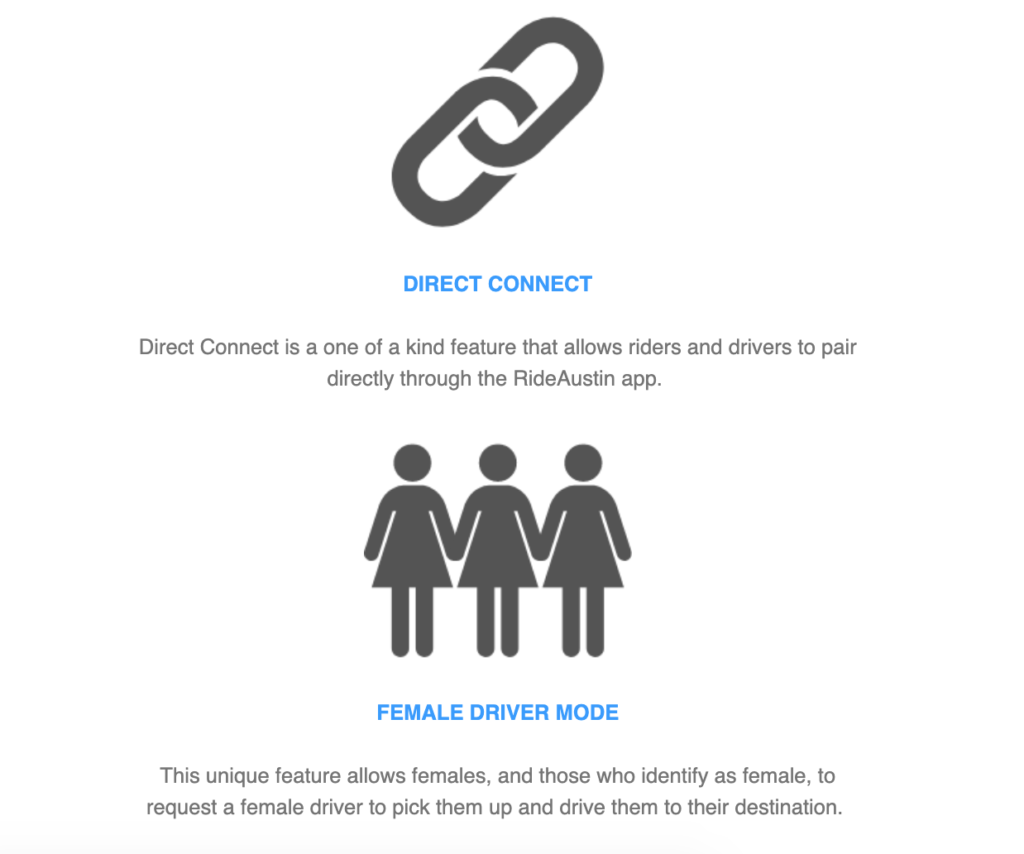 Full disclosure: I don’t really understand why they highlighted the direct connect feature. I thought this was implied… but they probably included it for that 1% of people who have never used a rideshare service before and need to understand the core idea of how it works. I could be wrong, but that’s my best guess.

Here’s what I want you to focus on…

If you’re a chick… how could you NOT use this service, if you’re nervous about getting into a car with a strange man.

You’ll instead be getting into a car with a woman. Which probably puts your mind at ease.

What a powerful USP.

And, the cherry on top of the positioning sundae…

They are the ONLY nonprofit ride-sharing company in the world.

There are just so many damn reasons to use this service… it’s hard to read this email and NOT download their app.

I think they probably could have been a little more strategic with their calls-to-action… but you know what? I might not matter all that much… as this email causes such a strong belief shift, I’d imagine it’s hard to ever choose another rideshare service over Ride | Austin ever again.

I, for obvious reasons, cannot post this email in its entirety here in this blog post. People have asked me that in the past, and I fully intend to post the “full versions” of these emails I break down so you can see them in their entirety.

But in this case, the images are so large and spread out that it’s just not going to work.

Christy is an awesome copywriter I know from Copy Chief. I also met her IRL at Jeff Walker’s PLF Live event last year.

In case you don’t know her, here’s a little bit about her:

Some of her recent successes have been growing one of the largest ancestral health conferences into a bigger online brand, expanding a women’s menstrual health product line, and a rebrand of a women’s menopause support beauty line.

You should definitely go to her sit and get on her email list at: www.goldfeathercopywriting.com

(She also wrote a really awesome article on Medium you should check out as well.)

What I like about this email is the softer sell. I don’t know if they know I’m a woman, but I’m always worried about getting in a ride share by myself. I like how they called out the option to get a female driver.
Also mentioning that they are a non-profit is a nice differentiator. There has been so much bad press about other ride share companies not paying their drivers enough, competing with NYC medallion taxis so hard that those guys can’t make a living, etc.
I have only used this service once, but now I’m more inclined to try them again.

I do also wonder if they have a way of segmenting their list by gender. That would be a really smart strategy… as it would let you cater your messaging much more effectively.

Christy is spot on with her analysis… there are just so many reasons to use this service. They almost overwhelm you with benefits… it’s very hard to choose a competing service.

Sneak Peek for Next Week

One of the best ways to generate a ton of sales and cash flow on demand is when you’re introducing a new product.

I JUST got an email in my inbox this morning (as I was writing this) that did a flawless job of this.

There are NO pictures… just really awesome copy.

I think you’re gonna love it.

So stay tuned for next week.

And if YOU would like to submit an email for review for Email of the Week (and get a shoutout if I choose yours)… forward me a really awesome, text-heavy eCommerce email that made your jaw drop.